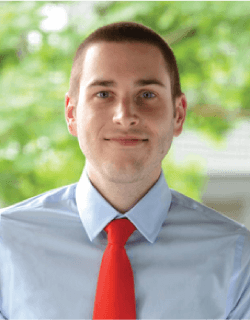 The following is a summary of a conversation that took place on July 2, 2014 as part of our investigation of corporate outreach. David Coman-Hidy spoke with Allison Smith, ACE’s Director of Research.

Process of approaching a company

THL takes a pretty wide approach with the initial contact, because it’s very easy to send out emails to leadership at many different companies and see if they respond. For instance, on the battery cage issue, they might contact a number of retailers, restaurants chains, and so forth. They say they’re working on the issue, mention some competitors that have adopted the desired policy and that the target company is lagging behind, and ask what their plans are. Often this gets no response at all. Some companies say they actually are doing something, or even have already adopted a policy but didn’t put out a press release. Most importantly, this prepares THL so that when they do choose a campaign target, they can say that they have already reached out privately several times and gotten no response.

They have a much narrower focus for actual campaign targets. They look for companies that can help a lot of animals through a policy change, and companies that are vulnerable on the issue for some reason. For instance, companies whose competitors have already instituted similar policies are more vulnerable. They also talk regularly with some other groups and sometimes select targets that have been resistant to gentler tactics from animal advocates seeking policy change; conversely, if they find out a potential target is working with another group to draft a policy, they won’t pursue that campaign.

As a more nimble group without a reputation to uphold in the corporate world, THL uses some tactics that other groups doing corporate advocacy wouldn’t use. Once they have chosen a target for a campaign, they contact the company and say that the company is behind on an issue and using practices the public does not support, but that their preference is to resolve the situation quietly by the company making a commitment to boycotting battery cages (or the relevant practice). If that doesn’t work, THL will set up petition pages with Change.org, which helps get the message out and also contacts the target of the campaign each time someone signs a petition. They will also set up a website, often with a video associating the company with the issue, and send this out to leadership and staff members to show that the public is responding. Once the petition gets enough signatures, they reach out to media and retailers (for food manufacturers) and point out how many consumers have gotten involved. In general, at this point they reach out to stakeholders like other businesses and investors to increase the pressure on a company. THL also does some grassroots action, like leafleting outside locations to inform customers or potential customers about the issue, which doesn’t necessarily have a big direct impact, but is upsetting and annoying and increases the pressure to reach a resolution.

THL is actively working on about 2 campaigns at a time, with another 2-3 in a less active stage, not counting companies they have contacted but do not plan to target with a larger campaign. These campaigns each last at most a few months before the corporation makes some type of commitment to a policy. THL has not conducted any active campaigns that didn’t result in policy change within this timeframe.

Working with other organizations

Sometimes when THL and other organizations are working on related corporate campaigns, that’s intentional. The animal activist community is not too large, so people are aware of what others are doing. But other times, THL will contact a corporation and another organization will contact THL to let them know they’re already working with that corporation on the same issue. The corporation in this situation can feel defensive, so sometimes THL will reach out to larger groups to ask if any of the companies on their radar are already talking to another group, so that they don’t interfere in ongoing negotiations. It can be hard for industry to differentiate between animal groups, so it’s better not to get involved in a situation that is already going well; THL might get involved if a company is not cooperating with other groups.
How many people work on corporate outreach?

In general, David and Aaron Ross (THL’s Director of Campaigns) handle campaign strategy and communication for national campaigns. Grassroots tactics can involve all their staff and volunteers. Some of the most time-consuming parts of the campaign work are building websites and making videos, which are done by volunteers or contracted out.

A few other organizations do similar corporate work to what THL does, including Farm Forward’s recent campaign against Hellman’s and Mercy For Animals’ campaigns that go along with their undercover investigations. More people meet with corporations to enact policy changes than work on public campaigns against corporations; for example, Compassion in World Farming has a budget of about $10 million and 80 employees, about 3 of which are in the US. Almost all of their farm animal work is through corporate outreach. ASPCA just hired a new corporate outreach manager. Without much teeth it can be hard to enforce these kinds of long term changes, and there have been some disappointments in Europe because of this. For example, one group gave a big award to a grocery chain for making a big commitment that they then went back on after a few years because they couldn’t make the timeline; the animal advocacy group rescinded the award. David estimates that in the US there are well over a dozen people working on corporate outreach full time.

THL’s local cage-free campaigns are run by local coordinators, who work systematically, starting with the largest universities in their area. Their goal is to get all the campuses to make a 100% commitment to boycott battery cage eggs, in both liquid and solid eggs. Typically they like to form a student group or work with a student on campus, who directs the campaign with THL’s support. The first step is to meet with dining at all the campuses; about 1 in 20 schools will switch immediately (usually small, private, liberal schools). The next step is to gather signatures from students on campuses saying they support the change; they distribute a lot of literature about factory farming while gathering signatures. After that they’ll go to the student government and the student newspaper to increase pressure. About 50-75% of schools will switch when the student government votes in support of the change. For those that don’t, THL can increase the pressure by going to alumni and alumni donors. At this point, every school switches.

These campaigns have hidden benefits such as educating most or all students on campus about the issue, getting op-eds in papers, forming student groups for animal activism, and building campaign skills in campus activists. THL has hired several campaign activists who started by working on cage-free campaigns on their campuses.

Meatless Mondays take a similar grassroots approach, but negative pressure won’t really work, they have to do it because they buy in and think it’s the best thing to do. The first step is similar; THL meets with the dining team and tries to sell it to them citing other schools doing it, reasons why it is a good idea, and good press coverage other districts have gotten. If that doesn’t work, they’re usually worried that the community or parents will be upset. THL goes to classrooms, via humane ed or otherwise, and goes door-to-door in residential neighborhoods, to get signatures from students and parents in support of the idea. They also put up petition websites in support of Meatless Mondays with videos with kids and pictures and quotes from supportive parents. Sometimes they try to get a city council resolution passed to show general community support. They work to give the dining team an overwhelming impression that everyone in the community wants Meatless Mondays and feels they should really do it. So far this has been very successful; after one semester, they’ve gotten Philadelphia to do Meatless Mondays, Baltimore County to do half Meatless Mondays this year and potentially all next year, and others are considering it.

The clearest connection between these types of campaigns and THL’s national corporate campaigns is that Aramark and Sodexo, two of THL’s corporate campaign targets, make a lot of their money from campus dining service accounts. When THL approached the corporate offices of these companies, they had already won many campaigns on their local campuses. This made it easier to get them to change at a corporate level. In general, they’ll use past victories, whether local or national, and by THL or other groups, when they are relevant. They usually use campaigns in a similar area or with similar corporations.

Range of successes or failures with THL’s tactics

THL has not failed to get a commitment from any company they have targeted with a public campaign. Every company is different, but even the most difficult will make changes if THL can convince them that it is in their rational economic interest to do so; they can’t just continue in their practices whatever the cost. Some companies see themselves as trying to be humane to animals, and others have their identity tied up in their relationships with animal farmers, but ultimately all of them react to their economic interests.
Skills and resources necessary to undertake corporate outreach successfully

There need to be some people with technical and marketing skills, to put up professional websites and make good enough videos and designs to get people involved. To work with the companies, it takes professionalism, the ability to set realistic goals, and tenacity. Tenacity is probably the most important characteristic.

Corporate outreach is a very cheap thing to do, and even an individual activist might be able to do it. Change.org is a good tool for setting up a basic campaign website. A group has advantages, especially in connections to other groups. But, individuals can make significant changes: For example, THL’s local campaigns are conducted by college students and make changes at prominent institutions like Harvard University. David suggests that individuals who want to get involved start with local Meatless Mondays or cage-free egg campaigns; he recommends reaching out to THL or HSUS for help getting started, as these groups have materials already assembled that will make conducting such a campaign easier.

Corporate outreach campaigns depend on the momentum of previous similar campaigns, and getting the first corporation to make a change might be very hard. But once there is momentum for a type of change, that is available to everyone. David doesn’t think corporations care about THL’s record with other types of work, or necessarily their specific record with other corporate campaigns; they do care about what their competitors are doing, but it doesn’t matter which groups worked with competitors to implement changes.

There might not be room for infinite growth in this area, but right now it’s really good how much attention corporate outreach is getting. The momentum is building and David thinks it is opening the possibility for changes that may not have been possible several years ago.

Any cookies that may not be particularly necessary for the website to function and is used specifically to collect user personal data via analytics, ads, other embedded contents are termed as non-necessary cookies. It is mandatory to procure user consent prior to running these cookies on your website.