Nick Cooney is the Founder and Director of The Humane League – an EAA [now ACE] top charity – and the Compassionate Communitites Manager at Farm Sanctuary. He’s also the author of Change of Heart, which is about how we can use an understanding of psychology to make social advocacy more effective (we recommend it!). As a member of 80,000 Hours, we asked him to share his thoughts on how to create impact with your career. 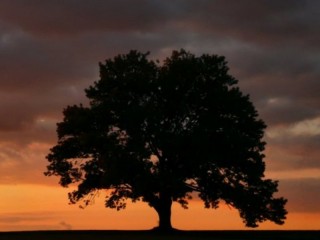 But what comes next? What career path offers the opportunity to do the most good in the world? While I would definitely not claim to be an expert on the subject, here are the best thoughts that I can share with you.

Naturally, one of the most important questions is what issue to focus on. Your view on this may change in time; mine certainly did.

During most of college, the majority of my work was focused on social justice and environmental activism. Eventually, however, I realized that it was in the area of our planet’s use and abuse of animals that there was both the greatest amount of physical and mental suffering, and the opportunity to reduce the greatest amount of physical and mental suffering. (I do think that population control efforts, particularly when focused on the industrialized world, may offer a similar or possibly greater reduction in suffering for the same costs.) Certainly anti-poverty efforts offer the potential to do enormous good as well, though as best I can tell not to the same level as those other two issues. It’s certainly possible to choose a career path prior to settling on the issue or issues you see as having the highest impact, since most advocacy skills are translatable across fields. The most important thing is continually honing the approach: how can I, and how can this cause, accomplish more good?

1. College – I attended a mid-range (in terms of educational ranking) University on the outskirts of New York City. When applying for colleges, I didn’t apply to Ivy League universities because I wanted to go to a school that I thought would have a more diverse student body, which it did. If I could go back in time though, and were I ever to attend graduate school, I would absolutely choose as prominent a school as possible – in the U.S., Yale or Harvard. Why? Because of the connections. One of the most important things that you can take from University, aside from the credentials that can allow you to make money to donate, is connections. Given the number of future influencers, future wealthy individuals, and future politicians and business leaders that occupy elite schools, what better place to both make your mark in the short term (by constant on-campus advocacy) and long term (through cultivating and maintaining friendships with as broad a range of people as possible, and not just those who agree with you on social or other issues).

2. Choice of Major – What major is most useful to having a high impact? One way to approach things is to pursue the major that in the long term will allow you to have the highest income, so that you can donate a maximum amount of money to effective charities. Just imagine if, say, Warren Buffet, were a devoted vegan or devoted supporter of efficient anti-poverty efforts. While few will ever become billionaires, it’s certainly conceivable that entering certain business, finance, medical or law fields can net you an income of hundreds of thousands to a million dollars a year within a decade or so after college. The amount of good you can do with an income like that is incredible. And, you’d likely be connected with many other extremely wealthy and powerful individuals, which also has great value. If this is your approach (and it is a very, very good approach), the best thing to do would be to consider your skills and potential, examine the average earnings of various fields, and pursue the career with the highest earning potential (and a high likelihood of reaching that high earning potential).

On the other hand, if your goal is to work directly in the advocacy field, choice of major is – in my opinion – generally irrelevant. My depth of experience is generally confined to the field of animal advocacy, but in surveying that field as a test case it’s clear to me that the most effective advocates do not have any particular educational background. What makes them so effective is their hard work ethic; their utilitarian approach; their great social skills; and their tactician’s ability to get things done and move other entities in the right direction. None of these things will be learned in the classroom, regardless of your major.

The skillset that will improve the total impact of any field of advocacy, whether it is animal advocacy, anti-poverty efforts, or anything else, is not a particular major. (Sorry lawyers, business students, and everyone else! Though from the right school those can be helpful credentials for getting you into positions of influence.) It’s those qualities I mention above. And it is building up your intelligence of what works and what doesn’t in that field, so that after years of experience you can help drive the field, or part of, in a smarter direction. Once that is the case – once you are sure that you can do a better job than others in position of influence – then you can do what is needed to insert yourself into as powerful a position as possible, so that you can do the most good for the world.

But keep in mind this is not book or theoretical knowledge, it’s learned from experience. Advocacy movements only respond to, people who carry out a better approach, not describe one. Academics have virtually no impact whatsoever, regardless of how great (or groundless) their theories and suggested refinements are. Skills are learned through doing, succeeding, failing, and – most importantly – always trying to emulate those who are doing things best, and then improving upon them.

The one exception I’d point out in terms of career is pursuing a career where you can bring about technological fixes to social problems. For example, if there were even 5-10 smart young advocates who decided to pursue a career in food science with the sole goal of hastening the production of commercially viable in vitro meat, the results could be incredible. (Although, by the same token, if you can take a very high paying job you can just hire others to do this work for you. However there is something to be said for the passion that goes with doing something yourself, so having animal advocates working on this issue would likely yield much quicker results than hiring non-animal advocates who are only doing the work for the paycheck and the scientific curiosity.)

Certainly similar technological breakthroughs may be able to help alleviate other social and environmental issues. One other example of a technological advancement that could eliminate a massive amount of suffering is the development of simpler, cheaper sterilization procedures or contraceptive drugs, such as this work currently being done in India. I do believe that the most significant advances in bettering the world will come about in large part through technological solutions (pushed into being sometimes by ethical motives, sometimes by financial).

So there you have it! While I have no particular qualifications for providing career advice for maximum social impact, I hope you’ll consider the above and I hope it is of use to you! Feel free to email me at ncooney@farmsanctuary.org if I may be of any assistance.