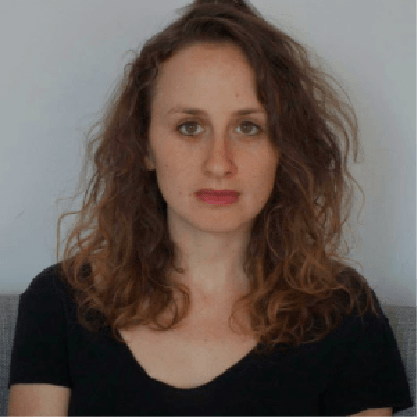 The following is a summary of a conversation that took place on September 17, 2014 as part of our medium depth investigation of Anonymous for Animal Rights. Naomi Oppenheimer spoke with Jon Bockman, ACE’s Executive Director.

For education, they try to reach a larger number of children every year. In 2013 they lectured to 47,000 high school students: in 2012; 42,000: in 2011; 37,000. Thus far, they’ve only lectured in high schools but they want to grow to elementary schools and scout groups as well in the future. They’ve also started a new program which is currently running as a trial, but in the next three years they want to make it a standard program in many schools (see more under Recent Successes).

In high schools they send their own lecturers to give a one hour lecture. For elementary schools they’re trying to implement animal rights issues in a more basic way, with teachers giving lectures on those topics integrated into the curriculum. For example, they would discuss animal compassion and rights in history or religion classes.

With respect to lobbying, they were successful in banning the production of foie gras in Israel four years ago, but it can still be imported from other countries. They’re currently lobbying to ban the import of foie gras, and envision that it will probably be an ongoing campaign for the next three years. A second campaign that they engaged in had to do with large amounts of taxpayer money that was supposed to go into building chicken coops that would not be any better for the chickens than existing farms. The main concern was money rather than the welfare of the chickens. They were able to stop that initiative and now want the savings to taxpayers ($350 million) to go towards transferring the egg production system to a cage free system. Currently in Israel only 1% of eggs come from cage-free facilities.

For undercover investigations, enforcement is not as strict as in the United States and they have been able to take footage from farms. Last year they got volunteers to work in factory farms in the egg and meat industry and the footage they took had broad coverage in the mainstream media in Israel. They’re trying to broaden that aspect of the investigations. They send volunteers to take footage on a monthly basis, but only do about two investigations a year that are larger and actually involve sending people into farms as workers. It’s hard to find workers and it’s also hard to get the farms to trust their workers. The larger investigations get picked up by mainstream media channels in Israel; there’s a program that does investigations of information consumers don’t otherwise have access to, and they did an entire show on the investigations. They also spread their footage through social media and newspapers. One investigation of the meat industry continued receiving coverage in papers and the news for about a month after it was released.

About the education program

They have the curriculum for the high school lectures online in Hebrew. The lectures started about 8 years ago and were developed by two volunteers who study education, one of whom is a professor. The lectures last for either 45 or 90 minutes. They start with the topic of rights in general and animal rights in particular, and then talk about where those rights are violated. The second aspect of the lecture is to show how change is possible. They talk about successful struggles, and give examples that were initiated by teenage boys and girls. They don’t talk about veganism at all in the lecture because that led to a lot of issues with parents and teachers. They’ve tried various methods of follow-up and currently have the students sign up on a list. At first they tried to have volunteers follow up with them individually, but that was impossible because of how many people they have sign up. Now they have a Facebook group where the students can talk amongst themselves and with volunteers, and they are encouraged to start their own initiatives in their schools and neighborhoods. They also follow up with the teachers to get a review of the lectures, and if any problems are reported Anonymous talks to the lecturer about them.

Partnerships with other groups

Founded 20 years ago, Anonymous was the first animal rights group in Israel and remains the largest. During the last couple of years there has been a huge increase in the number of vegans and many more groups have started. But to a large extent they would attribute the increase in numbers to Anonymous’s activity, although they can’t be completely sure about that. Anonymous doesn’t work on a daily basis with any other group, but they do work together on some projects, like protests, with other organizations. They also collaborate on legislative issues.

Last year Anonymous had a funding shortage and had to cut down on some of their projects. They were able to overcome the shortage after six months, but it caused them to cut down their budget by approximately 20%. The annual budget is about $400,000, so they could have used about $80,000 to avoid the cut-back.

Each year they have experienced an increase in funding of between 20-50%, and they expect that to happen next year as well. In 2008, their budget was under $100,000. They were founded 20 years ago.

Use of additional funding

Undercover investigations and lobbying both require a lot of money. Consequently, the more money Anonymous has, the more effective they can be in these areas. They currently utilize a lot of volunteers, and hiring a volunteer manager would probably make their programs more successful. They might also hire lecturers if they had the money. Any financial decisions have to be made by the entire board, but the most important things right now would probably be additional funding for undercover investigations and hiring a volunteer manager.

It’s easy to measure the success or failure of their lobbying in Parliament. For example, they banned foie gras production which means 800,000 geese per year which will not be used. They successfully stopped the egg production project mentioned earlier, but they haven’t succeeded on the other part of their goal, which was to use the money to transition to a cage-free system.

For the undercover investigations they’re trying to get as much coverage as possible, so they measure their success based on the number of articles in the paper or tv shows where they are covered.

With regards to lobbying, almost every time that they have set a goal they have been able to achieve it. Sometimes it has taken a long time; for instance, it took 10 years to ban the force-feeding of geese, although they did not initially think it would take that long.

For lectures in high schools, the current lecture has gone through many changes from its original form. They’ve tried to keep track of the reviews from teachers in order to make it as successful as possible. They’ve also changed the process of contacting schools. This used to be done by volunteers but now they have a worker who calls the schools and tells them about the lectures. That raised the number of lectures per year by 50% in the first year they made the change.

Anonymous does grassroots activity such as having information stands in various cities. Although they have hundreds of volunteers, this is difficult to organize because it is hard to get them all to collaborate. They would like to have paid positions working on coordination.

They used to do seminars for their volunteers because they thought it would be a good way to get new collaborations. It didn’t work for attracting volunteers and building collaborations, so they have replaced the seminars, where they would have about 50 people, with weekly meetings of 2-7 people where new volunteers can come and hear about the organization. It is a smaller meeting, and it is much more effective in that the volunteers are more likely to continue volunteering.

Anonymous considers the lectures in high schools to be very effective because they reach so many students and the responses are very positive. They have a new project called the ‘22 Day Challenge’. This uses social media to help people interested in animal rights and veganism go vegan. They get support online from volunteers and a dietician. They also consider their lobbying efforts that stopped the force-feeding of geese and the egg industry project very successful.

For the lectures, if they receive bad reviews or do not see growth in the number of lectures that they give, that indicates a problem. With respect to their lobbying efforts, if they’re trying to push topics and the Parliament members don’t seem to have interest or take the opposite view and Anonymous can’t get support, that is also a problematic indicator. Many times the politicians simply don’t care, and the best way to deal with those situations is to raise public awareness so that people will pressure them into acting. So when something doesn’t work in a lobbying campaign, they use volunteers to collect signatures and send letters. With undercover investigations, it’s a problem if they don’t get good footage or if the investigation doesn’t get media coverage.

Anonymous has about 20 key leadership positions, including Board Members. People in these positions have mostly been there for between 3 and 18 years.

For volunteers, it starts with the weekly meeting where they can learn about the organization and what their options are. After that, they, along with Anonymous staff, choose what they want to focus on and they go through specific training. For example, lecturers give a trial lecture, and if they do well at that they memorize the lecture Anonymous uses and deliver it twice. They get comments on these and then give it in front of a class with supervision. Undercover investigators are trained by senior volunteers in how to take the pictures and what to look for and document. Volunteers get more responsibilities if they continue working in an area over time.

Every year Anonymous publishes on their website a list of what they did that year and how successful or unsuccessful it was. They also publish their goals for the next year; sometimes they post updates to these in the middle of the year. If someone asks for their budget or board meeting minutes they will provide it.