Our media center provides resources for reporters and news organizations. For the most up-to-date information, please see our blog or sign up for our newsletter.

For general inquiries, members of the media should contact ACE’s communications department at press@animalcharityevaluators.org, or call 619-363-1402. Please be sure to include the media outlet you represent, the nature of your query, and telephone number. Members of the public should contact us through this form. 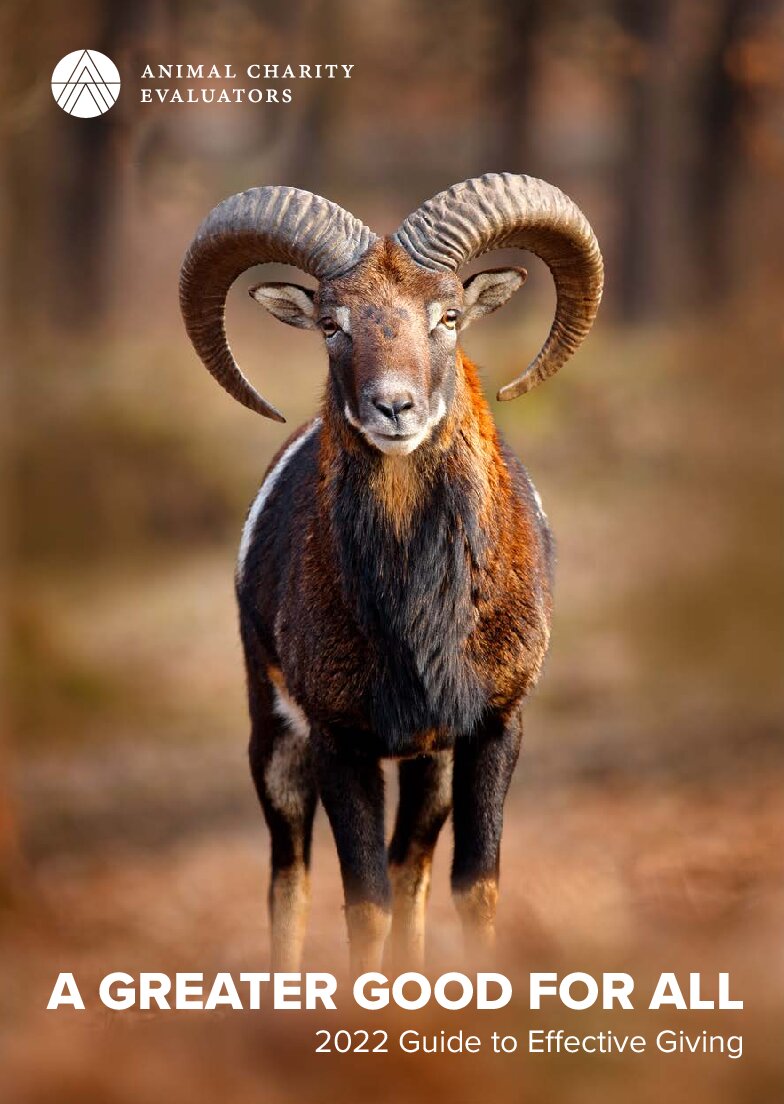 Our logo is available for download in the following approved formats. To view all brand-approved variations, download our full logo kit.

The Best Value of your Animal Charitable Donations
The Other Animals, WWDB-AM
Want to Help Animals? Here’s Where to Donate Your Money
Vox
These Are the Charities Where Your Money Will Do the Most Good
Vox
If You Care About Animals, Should You Donate to Shelters—or to Stop Industrial Agriculture?
Fast Company

Where Will Your Donations Do the Most for Animals?
Vox

Giving Tuesday: Tips for the most effective ways to give back this holiday season
Circa

We Need to Talk About Veganism
The Guardian

Doing Good Better with Your Money
Can I Retire Yet

How to Give Smarter on Giving Tuesday
Nonprofit Chronicles

An Ethical Guide to Responsible Giving
The Conversation

Want to Help Animals? Don’t Forget the Chickens.
The Conversation

Don’t Be Fooled This Giving Season: Give Wisely!
Patheos

The Poker Pro Who Wants to Save the World
Huffington Post

Some Donations Accomplish Nothing — This Thanksgiving, Make It Count
CBS

Save the Chicken
Slate

How Can You Help Animals in 2016? Take the “Giving What We Can” Pledge.
Huffington Post

The Truth About Animal Charities, Cats and Dogs
The Guardian

Mark Zuckerberg is Giving 99 Percent of His Money to Charity. Here’s How He Should Do It.
Vox

What if the Most Good You Can Do is to Help Animals?
Français | Italiano
Nonprofit Chronicles

Animal advocacy in a global context

How can we think about effectiveness across geographical and cultural contexts? How can North American and European advocates support advocacy in other parts of the world, such as India and China, in responsible and impactful ways? In this talk Marianne, ACE’s former Movement Grants Program Officer, explores the pros and cons of different approaches to international advocacy.

While the EA movement has grown to influence a substantial amount of funding within animal advocacy, we still struggle with a lack of strong evidence behind many of the field’s most common interventions. In this talk, ACE Executive Director Leah Edgerton discusses strategies advocates can use to gather more evidence in the long term and avoid overconfidence in the short term.

ACE’s Executive Director, Leah Edgerton, discusses the unique characteristics—and challenges—faced in the animal welfare cause area, and how ACE addresses these challenges within an effective altruism framework.

Why Farmed Animals? Cause Prioritization Explained.

Ever wonder why many of our recommended charities focus on farmed animal advocacy? In this short animated video, we explain cause prioritization—and how it helps us determine where to focus our efforts as advocates.

Effective Altruism: how we can maximize our impact in the animal rights movement

Have you ever wondered how the principles of effective altruism apply to animal advocacy and ACE’s work specifically? Find out more from Researcher Jamie Spurgeon’s presentation on the topic at the 2018 Conference on Animal Rights in Europe (CARE).

If we want to help farmed animals, there are at least two clear avenues to pursue. One, we can promote technologies to replace farming, like plant-based or clean (cultured) meat. Or two, we can try to change social attitudes towards the moral standing of animals. Does either of this options seem much better than the other? In this talk from EA Global 2018: San Francisco, Kelly Witwicki and ACE Researcher Kieran Greig discuss the relevant considerations.

At EA Global London 2017, Research Associate Jamie Spurgeon discusses three diverse areas where ACE believes research can be particularly impactful—Interventions, Cultured Animal Products, and Wild Animal Suffering—with a focus on discussing the sort of Researchers we need in the movement, and how EAs can contribute to reducing suffering for animals in this way.

2016 Rethinking Meat and the End of Factory Farming

Former Director of Research Allison Smith discusses the state of meat alternatives and how they can be used to accelerate the end of factory farming on a panel discussion at Effective Altruism Global 2016.

Former Executive Director Jon Bockman on how to help animals most effectively.

ACE advisory Board Member Peter Singer on the Why and How of Effective Altruism at TED 2013.