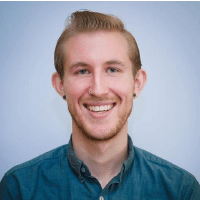 The following is a summary of a conversation that took place on September 16, 2014 as part of our investigation of FARM. Michael Webermann spoke with Jon Bockman, ACE’s Executive Director.

They stated in the previous conversation that that they hoped to develop some new resources for the website, namely a text message based program, animated video series, and more mobile friendly video content.

There has not been much visible progress made on the Live Vegan website, but there has been considerable work done behind the scenes. After going over their data they decided that they didn’t need to try to build more of a comprehensive ‘try veg’ or ‘choose veg’ type of website for their audience, which is essentially what the goal of Live Vegan was. It’s also important to them to not duplicate the work of other organizations.

They are looking at an early 2015 re-launch of the site and will only be making small updates before then. The additions will be minor things geared towards their target audience like recipes that are more microwave friendly and their e-course that they send out to their pledgers. Within the first few months of 2015 they will release a video series and new website that is aimed at their primary audience, and to figure out how to best service their secondary audience. Their primary audience is people between the ages of 14-24, and their secondary audience is a vegan support group which predominantly consists of middle-aged women. They are also aiming to undertake a fundraising campaign to coincide with the re-launch.

As it stands, the site isn’t updated very often which is due in large part to the fact that there is already so much information there. They don’t want to remove the wealth of information that they already have, but want to shift their focus to better servicing the needs of their target audiences, and want to develop material that they have determined that there is an increased need for. An example of this is debunking the protein myth and the perception that it is expensive to adhere to a vegan diet. Therefore, they want to emphasize affordable, convenient, and healthy vegan food alternatives, without turning the site into a vegan cookbook of sorts.

They were considering developing a text message based program for helping people go vegan but they have doubts as to whether they’ll still pursue it, and they are now more likely to pursue some kind of app instead.

Finally, they will soon be canceling their Live Vegan Facebook page and will be redirecting those users to the FARM page. One of the reasons for this is to create the feeling that people are part of a larger movement when they go vegan, and there is considerably more people following the FARM page in comparison to the Live Vegan page.

Their website (www.can.farmusa.org) recently went live and is up and running. While it is still in the nascent stages, there are currently a handful of activists earning credits by reporting their events, and they expect it to be a lot busier in the near future.

They recently did a ‘200 Brochure Challenge’ that was meant to piggyback off the success of the Ice Bucket Challenge. The initiative aimed to encourage people to hand out brochures on World Farm Animal Day (October 2), or alternatively, to distribute leaflets at an event of their choice. They expected between 250-500 requests for brochures, but received 1728 requests, over 250 of which voluntarily joined the CAN (Compassionate Activist Network).

Following the overwhelming response they sent out a second email looking for confirmation from the 1700+ people who had signed up and over 1000 confirmed. For the people who haven’t confirmed, FARM still intends to send them 100 leaflets instead of 200 so that they’re not wasting money and paper.

They will be using their own leaflet titled You’ve Been Lied To. Michael has some mild concerns about the cover of the brochure and said that they wished that they had tested it. But he is confident about the rest of the pamphlet.

It’s hard to really make any substantive changes to the network yet, or determine if there are any additional ways to utilize it because it is in such an early stage of use. One thing that they didn’t envision was to have leafleting as a central element of the activism. The plan was to use it as a way to get a foot in the door and to then give way to other forms of activism. While the goal is to still push the students towards other forms of activism, given the huge response that they received from the brochure challenge, they are now taking a ‘give them what they want’ attitude, and won’t be downplaying it as much as initially envisioned.

Part of the reason why they didn’t want to focus on leafleting is because they didn’t want to step on the toes of any of the other major organizations that leaflet on college campuses. Their aim wasn’t to capture a share of the leafleting market, and they hope that they’ve found new people that want to leaflet rather than stealing existing people from other campaigns.

One of the advantages of this development was that it didn’t require them to make any financial decisions to get it off of the ground, which allowed them to reduce their overhead expenditures because they didn’t need to spend time having discussions on how to realize cost savings on small details regarding the kiosks.

When FARM bought the truck that is used for the original tour, their goal was to allow as many people as possible to watch the video at once; the truck has 8 screens with 4 headphones each, allowing 32 viewers at a time. Other tours have used pairs of kiosks. Each kiosk in the first pair had three screens with four headphones at each screen, allowing up to twelve people to be in a kiosk at once. This set-up has worked well at festivals, where people tend to be in larger groups and don’t really mind being paired up together with people they don’t know. But at colleges, that system has been a bit more bothersome to people, because they tend to travel in smaller groups and are less thrilled to be matched up with random people. The new kiosks also allow for twelve people to use them, but have six screens with two headphones per screen.

Another benefit of the new kiosks is that the batteries on the tablets last considerably longer and they are now able to do several events without having to recharge. If FARM decides to expand this program in the future, they will almost certainly use the new model.

The previous tour has been moved to the east coast, but because it just started there are no serious results to report yet.

Their perceived trouble wasn’t a lack of quality views, but a lack of quantity of views at the given quality. Last year, they actively sought high quality views over quantity, and feel that they have among the highest qualities of views in the movement. While they would still like to increase their quantity, it has gone up this year considerably and their worst month this year is better than their best month last year.

Their main areas of frustration are YouTube ads and getting their ads into video game platforms as an advertisement during game play. These both have the potential to be a lot more cost-effective than Facebook ads, but both outlets are considerably stricter than Facebook is, due to the graphic content of their ads.

They recently received a grant to develop an animated video that would combine some live action footage with an animated depiction of when the animals are actually killed to reduce the graphic nature of the ad. This would make it more feasible for the platforms that they are currently having trouble breaking in to. They’re currently working with an animation company that has offered to give them a tremendously good rate, owing to the fact that there are a couple of vegans on staff who really want to contribute.

Their video game placements will work differently from their other ads. When someone plays a game on a tablet or phone that they needed to have downloaded an app to play, a lot of companies run advertisements in those games. FARM’s pledge form will be embedded in the game, and in return for pledging the gamer will receive some form of reward that will help them perform the game better (ie. 50 points for new armor). This has the added benefit of saving the organization money because they don’t need to provide iTunes gift cards or movie gift cards anymore because the gift they are given pertains to the video game.

By the end of this year they expect to be testing the YouTube videos and Brand Ads (the company that does the video game placements), and so long as it’s successful they’ll be really focusing on that next year.

FARM has also been more effective in their grant work this year. The same foundation that gave them a grant last year gave them a larger grant this year. They have also gotten a few additional medium to large new donors onboard this year. And for the first time in many years they are soliciting donations from other foundations as well.

The Animal Rights Conference has traditionally been a break-even endeavor for them when staff time is factored in, but they were able to reap a profit from the event this year.

Comments about their review

In the review, one of the concerns that we had was that their narrow focus on individual change meant that they were not achieving success in multiple areas that would be necessary for societal change. Michael somewhat disagrees about that point. He notes that one of the ways in which they are putting effort into achieving institutional success is by helping out with Meatless Mondays where they have been asked to, such as their contributions in San Diego and Los Angeles initiatives.

In addition, he said that they also aim to convert their vegan pledgers into advocates. While that effort does have an individual focus, their hope is that by getting those people to do more in the movement, it will boost their credibility and shift the conversation away from this simply being about making a personal choice and towards being about making a change for the sake of the world. Through this approach, FARM hopes to spark broader change.

Michael also spoke about the fact that our review had noted that their ability to get results for their annual campaign has proved unreliable. He noted that they are achieving massively reliable results this year with World Farm Animals Day, repeating the overwhelming response to the 200 Brochure Challenge that came without much effort on their part.

They are are organizing the ‘Fast Against Slaughter’, which will see people fasting to coincide with World Farm Animals Day. While this doesn’t achieve a direct result, they were looking to create some kind of armchair activism that required at least some degree of sacrifice. They had over 12,400 people sign up to take part in the fast. While more than half were already vegan, most planned to remain active through changing their eating habits, donating, or volunteering.