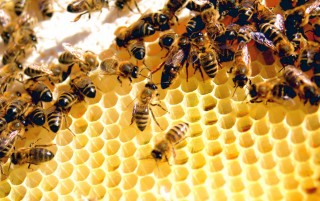 According to a view that is widespread today, animals in nature live joyful lives, at least as long as we leave them alone. This view determines what many people think we should do if we care about animals living in nature. It is often assumed that we should leave nature untouched as much as possible, and stop humans from interacting with animals, so they can live happily and in peace.

Unfortunately, there are strong reasons to think this idyllic view of nature is not correct. Animals in the wild suffer terribly due to a number of causes, such as hunger and thirst, weather conditions, harms inflicted by other animals, diseases, injuries, etc. In fact, there are reasons to think most animals have to endure lives which include more suffering than positive well-being. This doesn’t just happen out of some contingent circumstances. Rather, it’s due to evolutionary and ecological factors which have been researched in depth. To see this we can consider some very basic facts about animal population dynamics.

Animal populations vary depending to two factors: their reproductive rate and the survival rate of their progeny. In population dynamics, this is expressed by Verhulst equation of population growth, which is this:

Accordingly, there are two prevalent reproductive strategies that different animals follow in order to grant the transmission of their genetic information: 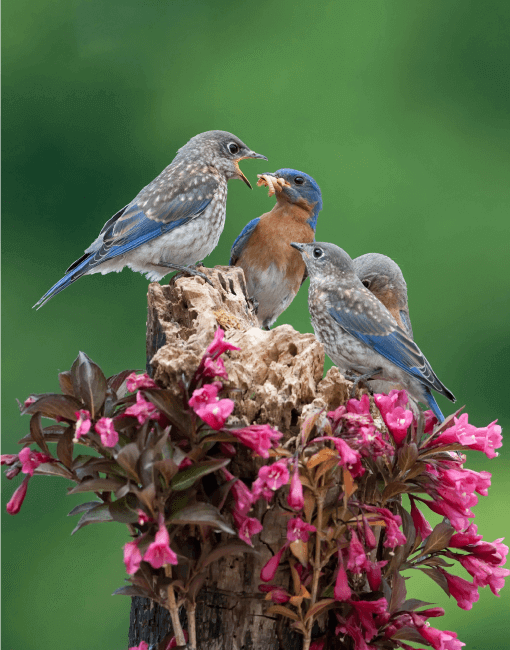 The total number of descendants is much larger than that of their parents, in particular in the case of r-strategists. However, on average only one of them per parent will survive (otherwise animal populations would grow exponentially in a very short time).

What happens to all the other animals that come into existence? They die, often shortly after they start to be sentient. They starve, are killed by other animals or in other painful ways, and, because they die so soon, they do not have the chance to have many other experiences apart from the suffering of their death. This means that they may never have any positive experiences at all, or just have very few ones. Other animals may be able to survive a bit longer and have some more positive experiences, yet not enough to outweigh the suffering they endure because of the hardships of their existence which eventually lead them to their death. These animals experience more suffering than well-being in their lives.

Given that this is the sad fate that most r-strategists have to endure, and given that most animals in nature are r-strategists, there are strong reasons to conclude that suffering vastly prevails over positive wellbeing in nature.

This truth is not an easy one to accept. We may feel overwhelmed by the idea that nature is such a hard place for animals, and that there is so much suffering and death surrounding us. However, and sad as this is, this is what really goes on in the world in which we are living.

Many people think we shouldn’t worry about this. Some people hold speciesist views according to which we should only care about what happens to human beings. Others hold environmentalist positions that entail that we should just care about the conservation of ecosystems or species and disregard the interests of individual nonhuman animals. According to those holding these views, nonhuman animals can be sacrificed for the sake of environmental conservation (though, interestingly, they seldom maintain this view when human beings are affected). However, if we agree that the interests of all sentient animals must be taken into account we should reject these anthropocentric and environmentalist views as speciesist.

This will mean that if we reject speciesism the interests of animals in nature must be something that concerns us. But, given that the idyllic view of nature as a paradise in which animals live great lives is wrong, this does not entail we should just leave these animals alone. Instead, we should try to see if there’s any way we can improve the situation in which they are.

There are other people who, although concerned with animals, think that the view that we can aid animals in nature is unrealistic. Others think that it might have negative unforeseen consequences. There are strong reasons, however, to think these objections are not sound ones and should not stop us from intervening to help animals.

First of all, we must note that we are already intervening in nature all the time – in very significant ways, actually – for the sake of human interests, and in some cases to further some environmentalist ideals. What we have seen above just means that we should change the aims our intervention has, so, instead of carrying out for the sake of these purposes, we do it for the sake of sentient beings. It’s not plausible to find intervention acceptable, realistic and safe when it aims at favoring humans but not when it aims at favoring other animals.

Second, we must also bear in mind that some forms of intervention in nature to help nonhuman animals have been carried out for decades already. They include vaccinating wild animals against certain diseases such as rabies or tuberculosis, feeding starving animals in national parks, rescuing orphan or injured animals in certain areas, etc. This shows we’re not talking about something that can’t be done.

Third, the fact that uninformed intervention may have negative consequences doesn’t entail we shouldn’t help animals at all. Rather, it means we should learn more about how to intervene successfully.

Fourth, there are cases in which it would be possible to help nonhuman animals right now. This is not done, however, not because of a lack of the means to do it, but because of a lack of will to do so. Moreover, this is likely to occur in the future too, unless something is done about it. It may come a time when we have the means to make a very significant change in the situation in which nonhuman animals are in the wild. This means that unless the view that we should try to help animals in nature is spread, much wild animal suffering and death will occur in the future which could have been prevented.

All this indicates that if we care for what happens to animals we should support intervening in favor of those who live in the wild. It doesn’t follow from this, however, that we should start helping them right now as much as we can. Instead, it seems that the best way to help these animals entails engaging in the following tasks:

These are all important tasks. But, as concern for this issue is relatively new, the most important one in which we should be involved right now is probably the second one on the list. Succeeding in it is what will make it possible that we eventually can make a change for animals living in nature. It’s also a task that can be carried out in a way that furthers concern for other animals too, as it can be easily combined with the first task of the list, the one consisting in spreading anti-speciesism.

Despite all we have seen above, there’s something that may make this task look unattractive. It consists in the problem that the progress we make in spreading concern for wild animals may be harder to measure than the extent to which we achieve other goals (such as, for instance, spreading veganism). Accordingly, it may be a bit harder to assess our success in making a difference for animals living in the wild than for those humans exploit.

This is a valid concern. Note, however, that this doesn’t mean that the progress we make in spreading support for helping wild animals can’t be calculated at all. The extent to which any idea disseminates in a certain society during a certain period of time is something that can be measured. Awareness of animal suffering in nature and willingness to support helping wild animals is not an exception.

This means that this objection should not stop us from raising concern for wild animals. Rather, we should think about how to measure our effectiveness in doing so. Moreover, we must bear in mind that the fact that a certain task faces more difficulties doesn’t mean it’s less important. In fact, considering the huge number of animals which we can affect by spreading the idea that we should help wild animals, we can conclude this is a very important task indeed. No other activity can benefit so much such a large number of nonhuman animals. It thus seems that much more attention needs to be paid to it than it has currently received.

Oscar has been active in the anti-speciesist and vegan movement since the mid-1990s and is now a member of Animal Ethics. He is also a professor of moral philosophy at the University of Santiago de Compostela, in Spain. He has been a research visitor at several universities in Sweden, Italy, Portugal, Denmark and the USA, and a Researcher at the Spanish Foundation for Science and Technology. He is the author of a number of essays on speciesism.