We recently carried out a survey to study the effect of veg advocacy on people’s support for policies that would address wild animal suffering (WAS). While veg advocacy is intended to change people’s diets and reduce the suffering of farmed animals, it could have important effects on whether people would take steps to reduce the suffering of wild animals. To study these effects, over six-hundred participants were recruited using Amazon’s Mechanical Turk service, and randomly assigned to one of two treatment groups or a control group. This blog post briefly outlines the conclusions of the study, while the full write-up provides more detailed information.

One treatment group (“Environment”) was shown a leaflet about the environmental harms of animal agriculture, the second (“Cruelty”) was shown a leaflet about the suffering endured by farmed animals, and participants in the control group saw a leaflet about homelessness (Figure 1). Each participant was presented with five questions about WAS, plus two exploratory questions about the far future, which asked them to rate their level of support for or opposition to a policy that would affect WAS. The policies ranged from helping injured wild animals to culling invasive rabbits to terraforming Mars. The answers were then scored depending on the expected impact of each policy’s effect on WAS.

We found no difference in average score between the control and Cruelty groups (p=0.996), but participants in the Environment group took scored lower on the WAS measure (p=0.060) (Fig. 2).

Exposure to the Environment message shifted the average score down 0.7 points, the equivalent of changing an answer from Somewhat Support to Undecided (or Strongly Support to Support) on one of five questions, 70% of the time. While this effect may seem small, its expected value could be substantial, given the scale of WAS.

Surprisingly, there was very little difference between groups on questions 3 and 4, which dealt with habitat destruction. We expected that participants exposed to the environmental message would be more strongly opposed to destroying natural habitats, and therefore obtain a lower WAS score. On the other hand, both treatment groups were more opposed to creating new habitat through terraforming or digital ecosystems as described in questions 6 and 7 (Control x Treatment: p=0.009).

This study provides some evidence that encouraging people to reduce their consumption of animal products on environmental grounds makes them less supportive of intervening in nature to alleviate wild-animal suffering. If true, this suggests that animal advocates who are concerned about wild animals should place less emphasis on the environmental harms of animal agriculture. The results should reduce concerns that cruelty-focused farmed animal advocacy messages may reduce people’s willingness to help wild animals. Of course, these results represent just one piece of evidence in the overall decision of how to best advocate for animals.

See the full write-up for a question-by-question analysis and explanation of the assumptions behind our scoring, and the methodology pre-registration for other details. 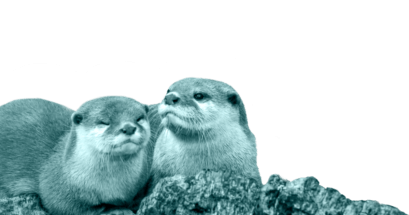