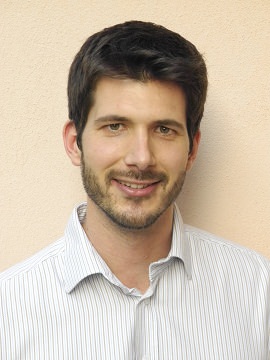 The following is a summary of a conversation that took place as part of our evaluation of The Albert Schweitzer Foundation. Mahi spoke with Allison Smith, ACE’s Research Manager, on September 15, 2014.

Financial: They want to have a fixed donor base and they are mostly aiming for donors who donate monthly, or on a regular basis. From the 19,000€/month rate of funding they started with in January, they are aiming to be receiving 30,000€/month by the end of the year.

Weekly newsletter: When it comes to their online newsletter they think the number who subscribe is not as important as the number who actually open it. They want to have 45,000 people actually open each new newsletter by the end of 2014; this is from a starting rate of 30,000 in January. They also want to reach 16,500 clicks on each one after opening.

Communications: They send out a petition form about 4 or 5 times each year. They think the number of subscribers is a more important indicator in this area, because tracking the number of times they are opened or clicked on doesn’t make as much sense since these petition emails cover such a wide array of topics. They started at 85,000 subscribers in January and they want to reach 120,000 subscribers by the end of this year.

Media coverage: They used to have a service that looked through newspapers and radio stations to track their exposure, but the service turned out to be unreliable. This will make it harder for them to measure their goals. But, they want 9 million people to see them on TV, and 6 million people to read about them in newspapers. To help them reach this goal, they want 50 new media contacts.

Website: They use a German site that grades websites based on several factors and they wanted to achieve a score of at least 60 (they started with 52). A score of 60 would place them among the 1000 top-ranked sites in Germany. They’ve already reached this goal.

Yes/No goals: They want to break even financially (or do better) in 2014. They also wanted to get rid of beak searing (debeaking) of laying hens by end of 2018 – they’ve mostly reached that goal, as the major association of egg producers in Germany (including every producer supplying shell eggs to German supermarkets, and 90% of producers in Germany) will be ending that practice by 2017. They also want to have a more professional site for getting in touch with corporations.

Science dept: They keep track of current studies related to their work in areas such as nutrition, psychology, sociology, and environmental science. They also want to make sure that their impact becomes greater and greater over time by evaluating their campaigns and programs scientifically. They remain updated on the legal situation in Germany and its implications for campaigns; they have a wiki that keeps track of this so the team has access to the information. They have articles on how farmed animals are kept, and want to make sure things are up-to-date. This department also decides who their best target audience is; they think they are in a position with their reputation to reach an audience that many other groups are unable to reach. They also want to evaluate their brochure called “If you eat meat” whose title was inspired by the VO brochure (although the inside is very different). They’re running an evaluation now, doing interviews with people and polling people, with the intent to improve brochure by the end of the year.

Corporate outreach: In the past ASF tracked the number of companies that they had convinced to do things (such as go cage-free), but they decided it’s difficult to track what their real impact was by doing that. For example, it’s possible they could have a bigger impact by convincing one company to implement one big change than getting ten companies to implement small changes. They introduced a system of impact points, with every victory of corporate outreach rated on a scale from 1-10, and by the end of the year they are hoping to reach 45 points in the “vegan” area – supermarkets chains with better vegan options, campuses with more vegan options, etc. They want 25 companies to go cage-free and they have data points on some of these to help assess impact of each switch, although with many companies it’s hard or impossible to guess how many hens will be impacted. They want to complete the cage-free campus campaign which they received from the HSUS; they have only one university left until 100% of campuses in Germany are in compliance.

Outreach division: The main goal of the outreach division is to have people sign up for a newsletter which tells them how to change their diet step by step (bi-weekly) with a goal of having at least 15,000 people sign up. They are also currently starting local groups all across the country, who will each get outreach goals. They think that it is important with each activity to spend time to reevaluate whether this is a good use of their time; in this case they’re currently doing pilot testing to help them decide whether to continue the program.

ASF doesn’t have a 3-year plan yet, but they intend to finish one in December 2014.

Their primary goal is to eliminate factory farming, and to promote a vegan lifestyle. They don’t expect everyone will be ready to go vegan tomorrow, so that’s why they work on reforms – it’s important to help the animals they can’t completely spare from being raised in factory farms. Their reform campaigns always have a vegan message included so that people understand that reform is one step in the right direction.

They received enough funding last year to meet their goals. They had a 47,000€ loss that year, but that was planned due to a bequest the previous year.

They plan to continue to expand. They only started fundraising in 2009 and they are expecting to grow around 30%. The situation this year should be similar; they have received a bequest and expect to have a financial surplus this year (excluding the bequest, they would be operating at a loss for the year).

They hire students right after university through a program that helps pay their salaries through the government. The students can work at ASF for a year for a very small salary. Then, if they perform very well and ASF has the money to hire them, ASF will bring them on as full-time staff. The main bottleneck for them is to grow their staff. Their projects require a large number of people, so they would use additional money to grow the team.

The next step would be to hire an assistant to Mahi to relieve him of some administrative tasks. Also, their media team is too small, and they have the potential to reach a much wider audience, so they would invest some in their media outreach plans. They have just started working with a PR agency that is doing pro bono work for them, which would amplify this position’s impact.

Success with past goals in 2013

They achieved or else came very close to achieving all their goals from 2013.

Financial: They missed by a very small margin.

Leaflet distribution: They wanted to pass out 500,000 leaflets, but were slightly short.

Newsletter subscribers: They reached their goal.

Definitely corporate outreach. The first project he launched was to create a coalition of a dozen animal rights and welfare organizations to stop supermarkets from selling battery cage eggs. There was a ban fast approaching on the worst type of battery cages, but that still allowed “better” cages, and ASF convinced these supermarkets to send a message to the egg industry and ask that their hens be free from these cages as well. Within a few months, they had convinced all the chains to go completely cage-free for shell eggs. The timing of the campaign played a big role in its success; because producers had to switch from barren cages anyway, some investment was inevitable, which made convincing chains to go cage-free easier.

They have talked with certain supermarkets that only cater to big businesses and they have also convinced them to go cage-free; they have been very successful on this front. They’ve also been able to use their contacts to promote other good messages like reducing meat consumption and adding vegan options. This is the type of campaign in which they invest most of their resources because of these successes.

They look at what other organizations are doing – it’s important that they are not just doing what others are already doing so they can add maximum value. And they do what they recognize they are good at, namely, corporate outreach, negotiations, and research. (Their scientific department is unique in Germany.) If they see a campaign not being particularly successful, like the foie gras campaign, then they analyze the situation to find the reasons and think about ways to take action. This could include either rethinking their approach or stopping the campaign.

For foie gras, they started targeting single restaurants, but these were not very bothered by having their names published on the ASF site as not complying. So, they started focusing on hotel chains and online stores, which cared more about their reputation, and they gave up on the restaurants. They will soon end the campaign due to lack of other good targets.

Size of the organization

The organization has slightly less than 20 people. Half are fully paid, and the other half is mostly funded through the governmental program. They have a team of 3 on the board which make the strategic decisions and they meet about 4 times a year. They have a team of 4 staff members as heads of each department (scientific, corp outreach, streetwork, media). Currently Mahi is serving as head of media, though they have had a separate media Director in the past and probably will again. These leadership positions have very little turnover.

They have a wiki that contains the information on their new staff training procedures, which other NGOs can also use for free. This contains basic steps for how people are trained, how they gain access to relevant information and materials, etc.

They have started looking much more at impact. They looked at a group called Phineo, which focuses on helping organizations go from output to impact, and that has helped with improving their impact. They have been using a system from the group since 2012.