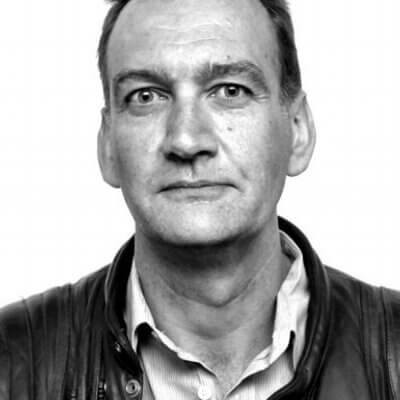 Compassion in World Farming is currently focused on several campaigns. They are fighting against the long distance live export trade from the UK to EU and between EU and non-EU countries. This is a long-term campaign for Compassion, which their supporters are very enthusiastic about. The number of live animals exported per year from the UK to other EU countries has dropped from millions in the 1990s to tens of thousands today thanks to Compassion and other organizations. The number of live animals exported from the EU to other places, usually the Middle East or North Africa, has dropped to three million per year.

Compassion is also running three campaigns across Europe against some of the worst aspects of factory farming: against the use of battery cages for hens and gestation crates for mother pigs, for mandatory labeling of production methods for all animal products, and to remove the routine preventative use of antibiotics for farmed animals. They also run similar campaigns at the national level. At the corporate level, Compassion is working to drive food company policy commitments to improved animal welfare. In addition to publicly awarding companies who commit to real progress, they also provide assistance to companies in making these changes. This work directly impacts the welfare of millions of animals each year and drives more wide scale corporate accountability for animal welfare standards.

Compassion in World Farming has three long-term goals that it plans to make substantial progress on over the next five years. In the short-term, they will continue to place animal welfare at the heart of the food industry by engaging with “superconsumers” like retailers, processors, and large-scale procurement organizations. They are currently targeting the top 250 food companies globally. In the longer-term, they will continue to work to improve the regulatory environment for farmed animals, mostly focusing on the European Union, because it is tractable and can serve as a gateway to global change. And ultimately, they hope to gain further recognition by policy-makers, funders, and shapers that ending factory farming is necessary for a humane and sustainable food system worldwide.

Compassion was successful in funding their programs last year but has identified numerous ways to expand its impact, given additional funding.

In the USA, Europe and beyond, there remains huge potential for increasing impact through influencing corporate policy. Leading companies that make their business from the food we eat hold the fate of billions of animals across supply chains in their hands. The existing Food Business program has a proven model for driving far-reaching change through the food industry. Compassion’s approach is built on positive engagement and developing trusting, mutual relationships with leading global food companies. Underpinning this, the Food Business team’s technical expertise and practical experience are crucial to delivering their full range of services, and are held in high esteem by Compassion’s commercial partners. With further investment, their goal is to reach a tipping point where higher animal welfare becomes normalised as an intrinsic element of food quality and corporate social responsibility.

They are also interested in expanding the reach of the charity’s work to more countries. Last year, they were able to expand their campaign and corporate engagement work in The Netherlands, Poland, France, The USA and Italy. With further investment, they expect each of these offices to eventually become self-sufficient in fundraising. With additional funding, Compassion can increase reach and impact in other key regions of the world. For example, with greater resources in the Mediterranean and Eastern Europe, Compassion can both help animals in those specific regions and change the animal welfare political environment in the EU as a whole.

In Greece, their lobbyist inspired similar changes. When Greece had the Presidency of the European Parliament, they hosted a ground-breaking conference in which Compassion was able to directly campaign against factory farming at the heart of Europe. As a result, the Ministry of Agriculture said that Europe needs to consume less meat.

Measuring the impact of the most important programs

Compassion in World Farming tracks their direct impact on animals through their policy and corporate progress. Some of their successes have long-term impact. For example, In 1997, animals were legally recognized as sentient beings (capable of feeling pain and discomfort) by the EU, following a ten-year campaign by Compassion in World Farming. This fundamental agreement now underpins and paves the way for all future improvements to farm animal welfare in Europe.

Other well-monitored outcomes attributable to Compassion’s work in policy change include: five million calves a year are no longer kept in veal crates, over 6 million sows are benefiting each year from legislation to ban the sow stall in Europe, and 250 million laying hens are no longer kept in barren battery cages.

In corporate advocacy, outcomes are usually measured in the form of policy commitments. The commitments are most often acknowledged through Compassion’s annual Good Farm Animal Welfare Awards. These awards involve working closely with leading companies and are based on policy change or public commitments to change policy within a given timeframe. Compassion does not carry out on farm audits of these public commitments. So far, 256.3 million animals in total are set to benefit each year from this work, including 41 million laying hens, 211 million chickens raised for meat, 2.3 million pigs, and over 2 million rabbits.

Compassion has varying results in their work, especially when it comes to the duration of projects. For example, their campaign against long distance live export has progressed slowly, although they have made meaningful progress. Generally, the 2004 expansion of the European Union has made policy change slower and more difficult. They also made a proposal to improve the welfare of chickens raised for meat, but the final legislation that passed did not make significant improvements. Fortunately, the existence of legislation is still beneficial because it makes future change easier.

One approach Compassion has taken in campaigning for new legislation is the European Citizen’s Initiative (ECI), a direct democracy tool that allows petitions with one million signatures to initiate a legislative proposal. In 2012, they worked with other organizations to start a campaign for better treatment of dairy cows. Although this campaign was withdrawn due to issues with the ECI system, Compassion plans to use this tool in the future, perhaps for anti-confinement legislation.

Compassion in World Farming has increased their ability to tackle factory farming on more fronts than just animal welfare. They are able to offer a compelling critique of factory farming on environmental, public health, and human development grounds. They aim to inspire and mobilize a wide variety of organizations focused on different issues, but united against factory farming.

Compassion played a part in the recent effort to end the animal slaughter at Nepal’s Gadhimai festival. In July 2015, religious leaders at the temple where the event is held banned the practice. Numerous organizations played a role in this success, including Animal Welfare Network Nepal, Humane Society India, and international organizations. In 2009, it’s estimated 500,000 animals were slaughtered at this event.

As part of its Project Pig campaign, Compassion succeeded in passing a “sow stall” (gestation crate) ban that came into force on January 1st, 2013. Unfortunately, many countries remained non-compliant with this ban, so Compassion has been working with authorities to enforce the ban since then. This campaign has been largely successful: almost every country is now compliant.

Compassion in World Farming is led by a CEO who oversees a Board of Directors with positions in business engagement, campaigns, marketing, and operations. Supervising the CEO, as with all UK charities, is a Board of Trustees. There are also middle management positions working for the Board of Directors, such as those working in various local offices. Generally, there has been low turnover in the key leadership positions.

Compassion has a set procedure and introduction for new employees, including training on animal welfare issues as well as the environmental, public health, and human development aspects of factory farming.